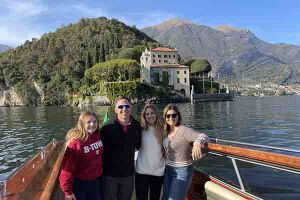 Steve Rupp has always been community-minded and people-focused. Call him what you will—a jack of all trades, man of many interests, person with an extensive skillset—but Rupp has had a number of careers, all of which center around people. With a background in entrepreneurial studies, Rupp was first a banker before switching gears and working with a friend at a commercial-grade kitchen equipment manufacturing company. He moved on to promotional products until transitioning to a real estate career at the urging of his father.

“My dad, Jack, had been in real estate most of his life and he had been asking me to join him at Keller Williams, Indy Metro North, so in 1999, I finally relented,” says Rupp, who has two daughters with his wife, Brigid: Anastasia (a senior) and Natalia (a seventh-grader). His daughters are into soccer, singing, and competitive cheerleading, and he couldn’t be prouder.

“I love female empowerment,” says Rupp. “Brigid and I have raised our daughters to be strong, independent women.”

Rupp worked with his dad for five years before his father passed the reins onto him. Rupp is now the team leader of the Zulu Group, a four-member group that works almost exclusively in southern Hamilton County (Westfield, Noblesville, Carmel, Fishers, and Zionsville).

Being in real estate, community is incredibly important to Rupp. In fact, real estate agents are one of the biggest volunteer sources of any industry in existence. 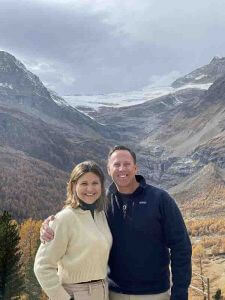 “The reason I joined the Chamber initially was to be a more integral part of my community,” says Rupp. “It’s a great opportunity for me to not only get involved but to network and meet other community-minded people.”

Rupp sees Westfield as currently being in their “Golden Age.”

“Generations down the road will look back at this time as foundationally critical for where our community has ended up. I hope that we make decisions that can make them proud,” he says.

He notes that Carmel, Noblesville, and Fishers are a bit more advanced than Westfield from a development standpoint. Those three communities are all in massive development stages that won’t be repeated in the next 20 years because, for all intents and purposes, they are built out and running out of land. That puts Westfield in the hot seat.

“I feel the leaders in our community are key players in this transformation that we’re seeing,” says Rupp. “I believe the Chamber has worked really hard over the past several years in working with the city, the business community, and the community, in general, including residents and the school system, in helping that growth happen.”

He notes that through the years, the city has relied on so many wonderful leaders who have gotten Westfield to this point. Now it’s time to determine their identity.

Rupp asks, “How do we want to be known and seen by our community?”

When a community goes through a growth cycle, you have to take advantage of it.

Westfield is fortunate that they can follow the blueprints that Carmel, Noblesville, and Fishers have provided—to see what worked well and what didn’t.

“We’ve made mistakes, but we’ve made more right decisions than not,” says Rupp. “If you look at growth patterns here, there are more people moving to the area than are moving away by a lot, and that’s because of the way that we’re managing our growth.”

More than once, guest speakers who have come to the Chamber to deliver talks have addressed the crowd by asking, “Do you understand how good you have it here?” They have commented that unless you have traveled around the country to see the challenges that face other communities, you can’t fully appreciate how amazing Westfield is.

“Don’t get me wrong. We do not take for granted what we have!” says Rupp. “It’s a responsibility and a burden we take very seriously as to how we are managing the growth and the resources we’ve been given so that we can maximize those resources to the betterment of our community.”

Rupp sees the Chamber’s role as leveraging and focusing the business community’s priorities and needs such that they develop one common voice.

“We want to say, ‘These are the needs of our business partners and community members. How are we going to take these general needs to focus them and put them into the growth plan for the community, as a whole?’” asks Rup. “I think that’s really important.”

On December 15, Rupp spoke at the installation ceremony where he shared his gratitude for a multitude of people, including the Chamber board and members, school, fire, and police, city council, the mayor’s office, the public works department, community businesses, and the community, in general.

“All these people deserve to be thanked for the wonderful community that we’ve built together and that we will continue to build,” says Rupp. “It’s truly a team effort.”